Prof. Dr. Alka Kulkarni, a Science graduate, completed MBA in 1985 and acquired Post Graduate Diploma in Computer Applications in 1991. Her doctoral studies on the topic 'Quality Management Systems in Higher Education - A Study in Karnataka' enabled her to obtain PhD.

Her career began as an Administrative Manager in industry and was followed by her moving to a teaching career in 1989, beginning as a lecturer and rising to the post of Professor. She was the First lady Special Officer of the Visvesvaraya Technological University and made a distinct mark in the administration of the University from 2002 to 2008. She was the Chief Co-ordinator of Post Graduate Common Entrance Test (PGCET) for Exam conduction and counselling for PG seats of MBA, MCA and M.Tech. under all the nine universities of Karnataka. She has served as a Member of various committees/boards of VTU and was the First lady member of the Examination Squad team. Her exceptional abilities were responsible for her nomination as Advisor to various Management Institutions.

She served as a Co-ordinator of the Hubli Centre during the first ever decentralized counselling of Karnataka Examinations Authority (KEA--CET CELL), Bangalore for allotment of Medical, Dental, Engineering, Architecture, Homeopathy, Ayurveda and Unani seats in the state of Karnataka from April 2009 to September 2010, With a vast experience behind her in admissions, examinations and impeccable administration, she was invited by Nitte (Deemed to be University) to take charge as Controller of Examinations from 2011 which she carried out diligently till 13.11.2017. The Selection committee appointed her as Registrar of Nitte (Deemed to be University) taking into consideration her acumen in overall administration. She served as the Registrar from 13th November 2017 to 15th May 2022. 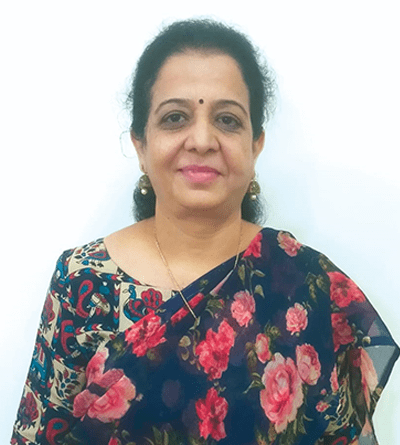 Get in touch ✕